Seminar on the topic: "Abai and world civilization"

On October 29, 2020, the sector of the Kazakh language and literature held an online  seminar "Abai and world civilization". Curator of the KL group - 811k1 Tazhibaeva Zh.Sh. prepared a report on Abai's work, which is the enduring value of the poet's heritage. It was said at the seminar that the teachings of the great Abai Kunanbayev are relevant today and serve the purpose of building a future humane society, its moral code in the 21st century.

The purpose of this event is to show the role of the great thinker in world civilization, to consider the value of Abai's heritage, the role of his works in the education of youth and the formation of national ideology.

During the seminar, an atmosphere of warmth reigned in the group, students freely expressed their thoughts and assumptions about Abai's work, poetry was read.

Result: achievement of the purpose of the meeting. 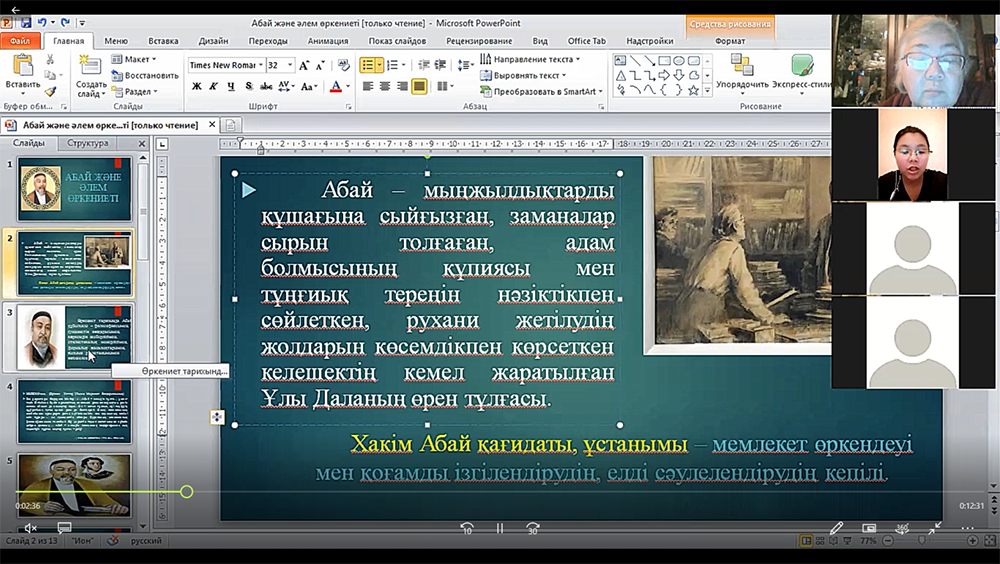 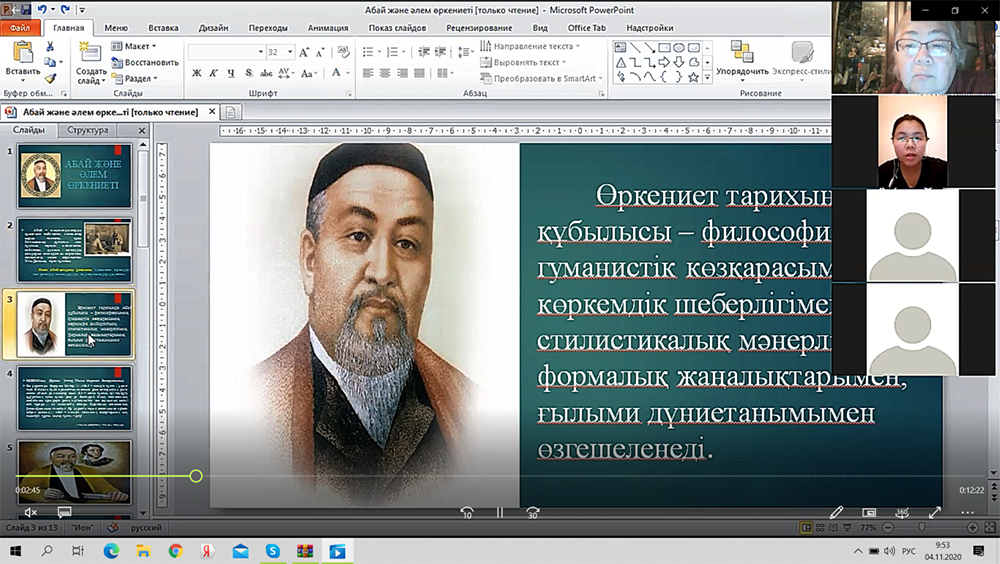 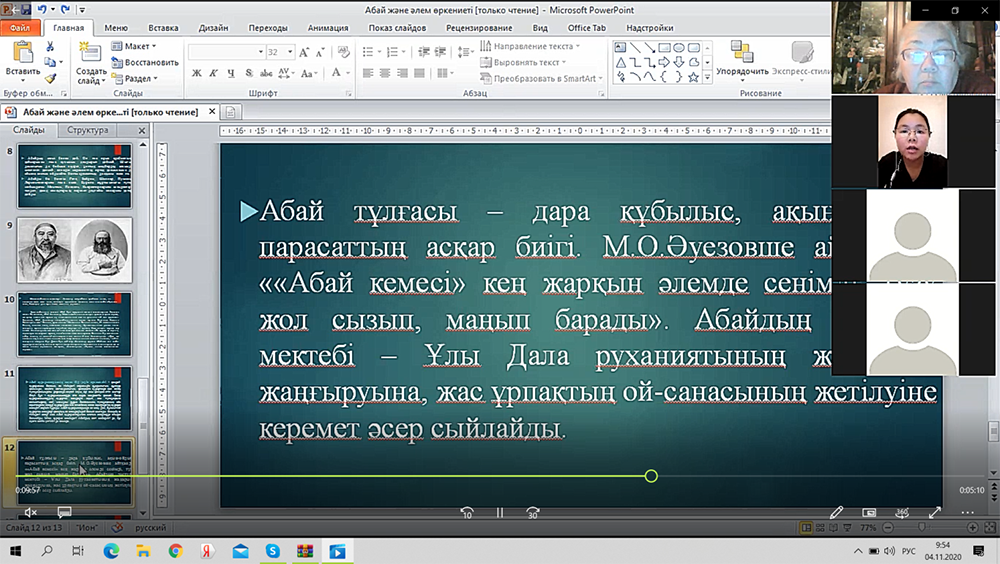