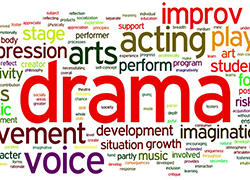 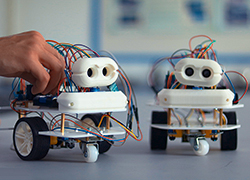 THE ONLY IN OUR CITY.
The Miras University launched the Robotics course - learning the basics of electronics and robotics based on the Arduino UNO integrated circuit board.
As part of the course, students will learn the basics of the theory of the electrical circuit, Ohm's law, the hardware interface of the Arduino UNO board, will be able to solve programming problems using the Arduino syntax.
The first set was successfully completed - the models of robots were collected following the results, the participants were awarded certificates. 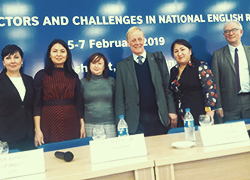 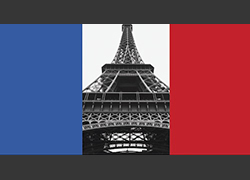 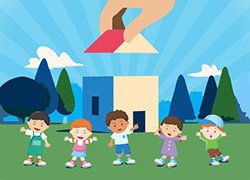 On January 19, 2019 in the training center “NiK” of Karabulak village, Sayramregion, and on January 26, 2019 at the school named after A. Sherimkulova, Badam village, Ordybassy region, Turkestan oblast was held“Village Project Renaissance”training for village EFL teachers, which was organized by the support of Hornby Educational Trust (UK) and regular partners – TESh and Miras University. The head of this project was Tatyana Adygamovna Letyaykina, a specialist in language education at Miras University. 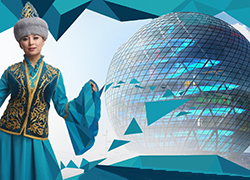